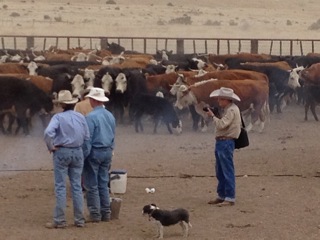 Each spring, Dallas philanthropist W. W. Caruth, III visits St. John’s, bringing exotic photographs and tales of his extensive travels. From a camel fair in India to Carnivale in Venice, he charms students with his stories, pictures and presence

About the Artist
William Caruth combines his passions for travel and art to create engaging photographs of the countries he visits. Born in Dallas, Texas, Mr. Caruth’s love of travel started early. When he was just eight weeks old, he had the distinction of being the youngest traveler to fly on American Airlines. Upon graduating from high school, he had an opportunity to travel to Europe. Since then, in addition to returning to Europe several times, he has traveled throughout South America, Asia, Russia and Africa. The vivid photographs he has taken on his adventures provide a fascinating glimpse into other cultures.

Inspiration
For Mr. Caruth, traveling is about learning. A true historian and perpetual student, he “wants the foreign” when he visits a country. He thrives on learning about the different ways people experience life and often seeks local experts to guide his visits and help him experience the country behind the tourist attractions. A variety of elements influence his selection of a travel destination. Some locations are selected because “God has created a beautiful place,” and others for historical significance or cultural interests. His wife, Mrs. Minnie Caruth, adds, “Every day is an adventure with Bill.”

Storytelling through Art
From telling stories of Texas Rangers and outlaws to his daughter when she was young to capturing the essence of a culture with his camera, Mr. Caruth is a born storyteller. When he visits St. John’s, he captivates students with his travel stories and photographs. He hopes his art and lectures will help children gain insight into other cultures and learn to appreciate their own. “When people see my work, I’d like them to enjoy the pictures and learn something,” he says.

On the Horizon
“I can’t tell you my favorite place because I haven’t been to them all yet,” says Mr. Caruth.